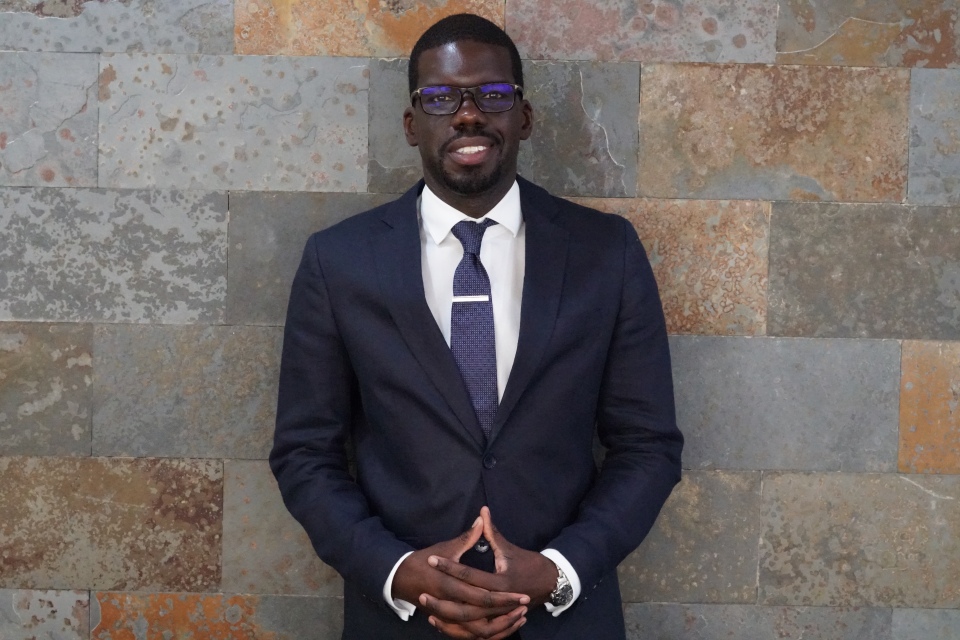 Joaquim Batica is the very famous, French soccer agent who helped Joel Campbell signed with the Arsenal Football Club in 2011. That is when he became a familiar face among the passionate soccer fans in Costa Rica, however, he started working way before that to be able to be where he is now, and he told me all about it a few weeks ago.

How did you find out about Costa Rican soccer?

“It started in 2007 when I was informed that Mexico was going to host a U-18 tournament, I was told that teams like Real Madrid were going to be there along with teams from Mexico, Costa Rica and Brazil so in January of 2008 I decided to go to Mexico. My first contact with Costa Rican soccer was with Deportivo Saprissa they had such a great team, Esteban Alvarado, Bryan Oviedo, Mynor Escoe, Jordan Smith, among others. It was a great tournament with great players and Costa Rica caught my attention because the players are very similar to the French in terms of the ethnic mix that both countries have.

In 2008, that was 10 years ago, I started visiting Costa Rica to work with the players, that year I invited David Guzman to a trial with Sochaux and then Havre with Mynor Escoe, at that time Paul Pogba was playing with Havre. They did not end up joining any of those teams although Escoe did sign with Lorient. It was that same year or the year after when Jordan Smith joined Le Havre, and then it was Campbell’s turn and that is how it all started.”

What did you see in the Costa Rican players that made you want to continue visiting the country and work with them?

“It was a very unknown soccer [the country regarding soccer] but with very technical players who had a passion for the sport and the fact that I can speak Spanish allowed me to easily communicate with them and the clubs and I though that they [the players] could play in France. Actually, with my help, the athletes that have played in my country are Joel Campbell as Arsenal’s loan; John Jairo for Lille, Yeltsin Tejeda for Évian, Jordan with Le Havre where he had teammates such as Benjamin Mendy who is a  World Cup winner and Riyad Mahrez who now plays for Manchester City with Mendy.”

Batica said that there were not many important tournaments in the country at that time and that he was not wrong because Costa Rican soccer has grown so much since then. About that growth, I wanted to know the effort “behind the scenes” because after the 2014 World Cup, Costa Rica shocked the globe but not everyone is aware of the years of hard work it took.

He wanted to explain with specific examples:

“I started working with Joel Campbell when he was a teenager and then we went to France for 5 weeks, he did trials for several teams and I believe that traveling to Europe at such a young age changes your entire perspective, and your mindset; and being able to play with other professionals such as Alphonse Aréola, Paris Saint-Germain’s goalkeeper and World Cup winner, Joel played and trained with him in Paris [that helped in his growth as well]. Of course, before that he played with Saprissa, La Liga and the National team as well.”

That is when Campbell decides that he wants to take his career to the next level, and with Batica’s guidance he ended up signing with Arsenal back in 2011.

Batica strongly believes that the fact that they went to France for the first time when they were 18 years old was a great foundation for their development. That was in 2008 and 2009, something that not many players were doing at the time which was getting immersed in a different type of soccer and  being surrounded by other great players also nourished their character and abilities, he said.

“The Costa Rican national soccer has grow because there are coaches working towards it and there is a huge media exposure, and the player’s have shifted their mentality and now they dream of playing in Europe. The dream was there before but they could not achieve it, nowadays a lot of players work in Europe and obviously the World Cup of 2014 was a turning point for Costa Rica and now there is a “before and after” within the soccer world, I believe that for a country with 5 million citizens to get to quarter-finals was crucial.

I asked if it was important to create a friendship with his players.

“Yes, Jonathan Martinez is here, he plays with Carmelita and we met when he was younger. At the end of the day contracts are important but I also believe that to create a strong bond with the players is as important. But I also would like to say that not all players are faithful and not all agents are honest, even though I do not speak a lot about this topic. When I met Jonathan he was not a professional player yet, now he is and he was even called to the National team and we still have the same relationship which is important to me. Signing contracts is not the end of it, for the good of both sides I think a personal relationship is valuable because if there is not one then is just business, and that is not how I work. A soccer player is not a product, although in this business that is how they are seen for me they are people.

With Jonathan, for example, he was part of the U-17 and U-20 Teams, then the National Team, and what is next? Hopefully tomorrow he could be playing in one of the best teams in Spain, France, Portugal or England. I am his agent but we also have a “big brother” kind of relationship.”

What does it take to become a professional soccer player?

“A strong mind is very important, they could have the talent but not everyone has the mental strength it requires. Even in other sports, I am not an expert but sometimes I have seen that the best athletes are not necessarily better for their talent but for the work they put in which is what it takes to reach the highest level. The mental power of a soccer player, who has failed 3 or 4 attempts of a goal, and by the 5th he or she scores the greatest goal for that they have to be mentally strong both in and out the field. Their lifestyle, their sleeping schedule, the diet, their friends, it is a combination of several traits that will lead them to [a professional level] and of course without a talent there is not much they can do, but if they talent and mental stability they can become “cracks” (crack as in an outstanding player).

Of course that is very difficult because soccer players are not always called [to play in their teams], they get injured, they have to mature very fast due to all the sacrifices they must do. Alioune Touré who is here [present during the interview], a former soccer player and now a Coach with experience in China, when he was 13 years old he was in one of the best formation academies for young soccer players in France, and he started his professional career when he was 17 or 18 years old, by the time he was 21 he had played in England already and went back to France to play for the Paris Saint-German.”

All of those changes are what the players must go through  to eventually learn how to handle all of their responsibilities and to have both mental and emotional endurance Batica explained.

“I think that is something that requires more work in Costa Rica with the players in general, when it comes to move forward and take the next step that part [support their mental health] is missing.

Costa Rica, in my humble opinion and from what I have been able to experience with soccer, is a peaceful country where is nice to live and the players might not have that mindset of sacrifice. I think this is more of a topic of culture and I am not saying that there are not great players in here but in order to have more [great players] I believe that mental health has to be incorporated in their training since they are kids.”

Finally, to end the interview I asked his assessment of the future of the sport in Costa Rica. Batica said that he could see a great future for the country as long as the National Teams keep going to the different tournaments and World Cups. Because when the teams classify to the World Cup the Federations get a prize and of course that money helps in the development of the sport. But in terms of the media exposure it is important for the country to produce more “cracks” in more than just a few teams to get more people around the world interested in the players.”